Watch this interesting video published by 9to5Mac and which compares the Apple Watch and the promising Samsung Galaxy Gear S2. 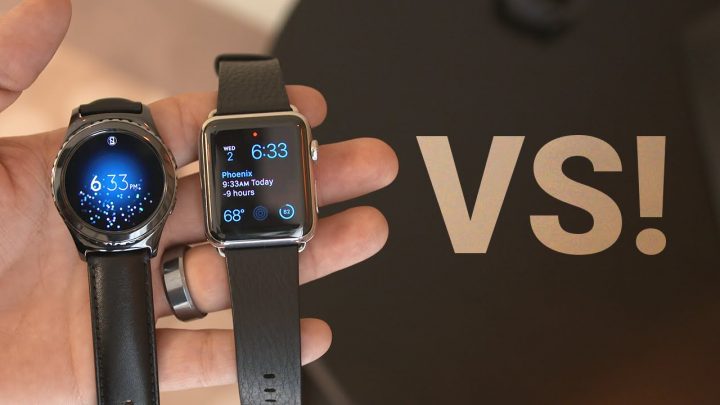 This week, Samsung has unveiled its new range of smartwatches with the Galaxy Gear S2 and the Galaxy Gear S2 Classic. Needless to say that this product line is going to be front facing Apple Watch in the media in the next few weeks and months. For a lot of Apple fanboys like maybe you, it can be heart breaking but we have to admit that Samsung has created the hell of a nice piece of hardware with these Galaxy S2.

The round watch case and face, the generous battery life and the rotating bezel crown are among features that Apple Watch users could be jealous of. Today, 9to5Google.com is publishing a comparative video of the design and features of the Apple Watch vs the Galaxy Gear S2.

With this video, we don’t learn a lot of things on the technical side of the Galaxy Gear S2 but we can see the new Samsung smartwatch in action and in situation on the wrist compared to the Apple Watch. Design-wise, Samsung traditional round concept is very much appreciated. What the video demonstrates is that the rotating bezels of the watch that help to control seems much easier to operate than the Apple Watch Digital Crown. Apple is very proud of their Digital Crown invention but I would bet that most of Apple Watch users would love to have this rotating frame instead. 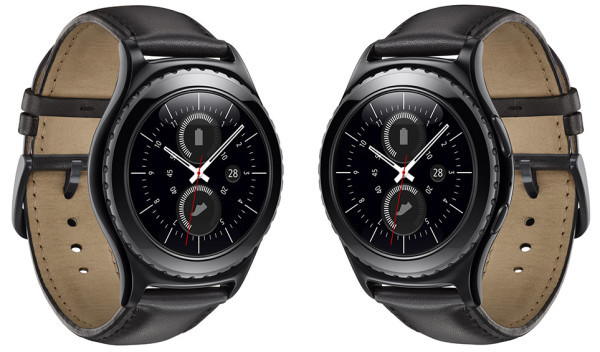 The round face of the Galaxy Gear S2 and its rotating bezel.

If you are an iPhone user don’t be excited too early. While Samsung has been launching numerous Android products, the Galaxy Gear S2 line up don’t get Android Wear as an operating system but rather the homemade Tizen. What does it mean for you if you are an Apple user? Well, it means that you will not be able to use a Samsung Gear S2 with your iPhone. Too bad isn’t it? Too bad especially that since this week, Google has released their Android Wear for iOS application that brings the iPhone support to Android Wear products. (Yet, with some silly limitations as Android Wear electronics won’t be able to share the fitness data with Apple HealthKit).

So, while Android Wear users will be able to use their wearable with their iPhone, you won’t be able to do so with the Galaxy Gear S2. For that, we would need Samsung to develop an iOS app to help our iPhones supporting their new smartwatches. Will we see an Android Gear S to for iOS app any time soon? I don’t believe so because to me, the Galaxy Gear S2 are such promising products that Samsung would definitely gain a lot not to share it with other platforms and keep it to Galaxy users.