iOS 7 plebiscited on its first day 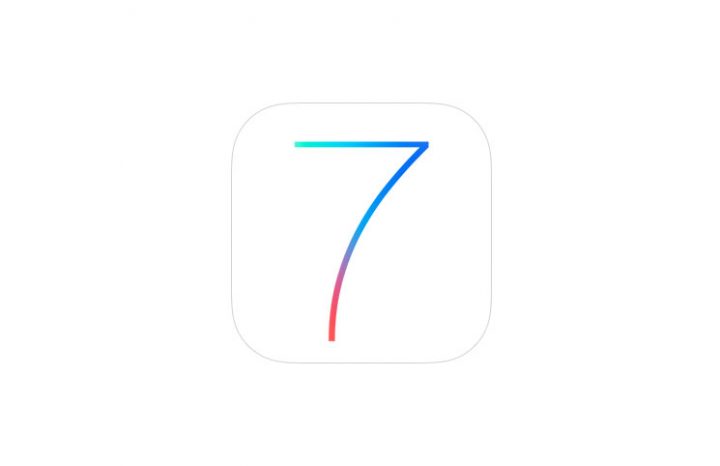 The update of our iPhone and iPad with iOS 7 has been available for a few hours. iMore conducted a poll on the first day by asking their readers, so people who are mainly Apple, iPhone and iOS fans or at least great supporters, saying they had done the update from their iPhone availability the latter, if they tried , without success , or if they were waiting to see if they did not think to go iOS 7 at all, etc. The results show a huge plebiscite for iOS 7 and a real rush on the update on the first day . 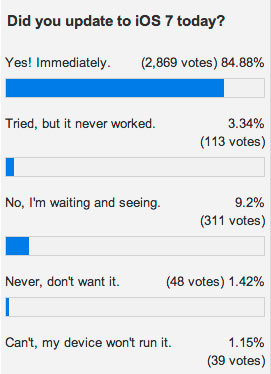 iMore readers are 85% to have updated their iPhone / iPad with iOS 7 on the very first day.

The survey conducted by iMore has already totaled more than 3,000 answers and can therefore be described as reliable, even if it is not representative of the entire population as is intended for readers of the site, readers who show a strong interest in the iPhone and iOS. This bias in favor of Apple’s System explains the impressive plebiscite reserved to iOS 7 as 85% of their visitors rushed to the update on the first day of availability, without waiting for a possible second version which would correct some bugs … We are dealing with a passion, with less than 10% of their readers who will be wise enough to wait a bit before making the update to their iPhone or iPad.

Overall, iOS 7 and its stylistic 180° U-turn with the arrival of new interesting features (Control Center , AirDrop … ) seduce most of the public as only 1.42% of their readers say they do not want to spend iOS 7 is really very little. One would think that the new design would share a little more the public’s taste, but apparently not.

The number of people who do not own an iPhone or an iPad compatible with iOS 7 is really very low, just over 1 % of the readers of the iMore. It must be said that Apple has extended the compatibility of this update to most of their devices.