SunnyBAG PowerTAB: solar charger with built-in battery to recharge your iPhone and more

The PowerTAB from SunnyBAG is a solar energy powered charging system with a built-in battery. It gets the same battery technology as the Tesla Model S. 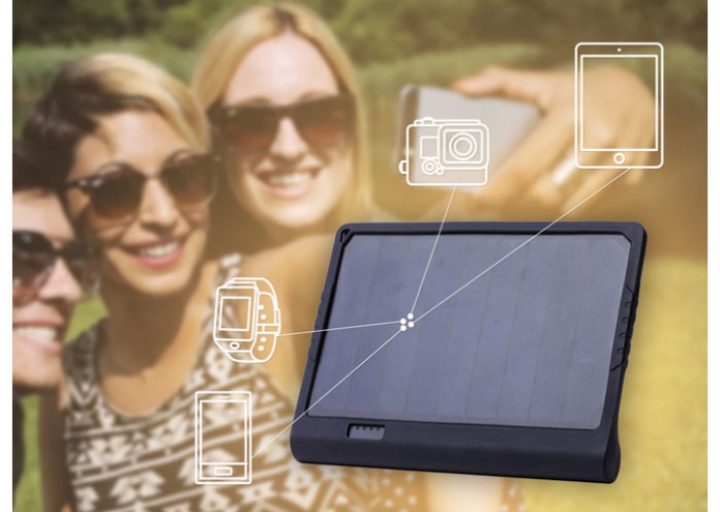 The PowerTAB from SunnyBAG is a solar energy powered charging system. It is mobile and autonomous thanks to a built-in 6000 mAh battery. It has been financed on the crowd funding platform Kickstarter and the PowerTAB is ready to be ordered for deliveries in October 2015. What makes the PowerTAB so special? Well, it’s versatile and probably the most powerful solar energy powered nomadic device on the consumer electronics market.

Today, solar energy smartphone chargers or iPhone cases are more of a myth than a reality. The problem is their poor level of efficiency which don’t ensure enough power to truly charge the battery of an iPhone or an iPad. And this is where SunnyBAG comes in with the PowerTAB which is supposed to be a game changer. 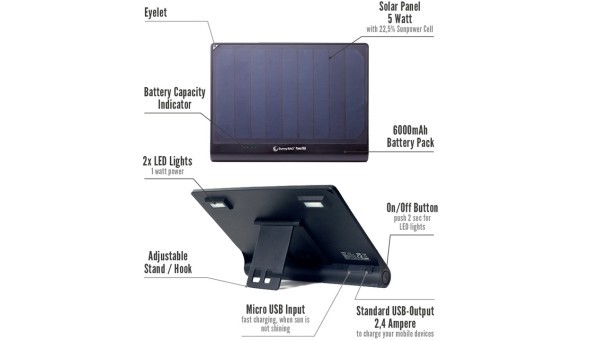 First of all, the PowerTAB gets a pretty high-end solar panel, more efficient than average which allows SunnyBAG to get a more compact system. Another main advantage of the PowerTAB is that it is equipped with a highly energy efficient battery. Its cells are the same as the ones used on the Tesla Model S. Needless to say that it’s among the best ones.

Thanks to this convenient built-in battery with a generous capacity of 6000mAh, you will be able to recharge your iPhone and iPad when you are on the go, when outdoor camping, but even at home. You can let the PowerTAB recharge your battery when lit and fed by the sun and then at night, recharging your iOS devices or any other kind of USB charging electronics.

On the back of back of the PowerTAB, SunnyBAG has fitted to LED lights of 1W power, convenient to read at night. Also a LED gauge indicates the remaining power of the battery.

The 5W of the PowerTAB solar panel allow you to recharge an iPhone when the panel is perfectly lit by sun in less than 1h30. For an iPad, they advertise we could recharge it in only 3h.

To get the most out of the PowerTAB, you need to tilt it in order to get the best angle of the solar beams to the panel. This is possible thanks to an adjustable stand on the rear of the panel.

The team in charge of developing the PowerTAB at SunnyBAG has been working on it for over a year and technically speaking, the PowerTAB is ready. It has been fully financed on Kickstater and you can preorder it for USD 99 for deliveries in October 2015.