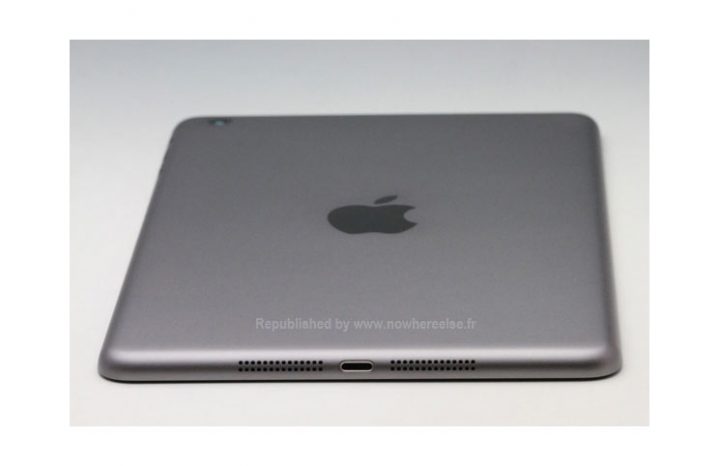 Nothing can stop the rumor! While the iPhone 5S is not even available yet, and just one week has passed since Apple unveiled the iPhone 5C / iPhone 5S, it is now the iPad Mini which resurfaces at the front of the news with stolen photos of the small format tablet that should come, just like the iPhone 5S, in Space Gray color, my favorite color …. (so if Friday for the iPhone 5S review on  iPhonology.com the tested iPhone 5S is not Space Gray, it will mean that there were shortages, and I had to fall back on another color.

This is the French Website Nowhereelse.fr which today published images of what should be the second generation of iPad Mini. They show Apple’s tablet back side only in this beautiful and new color “Space Gray.” 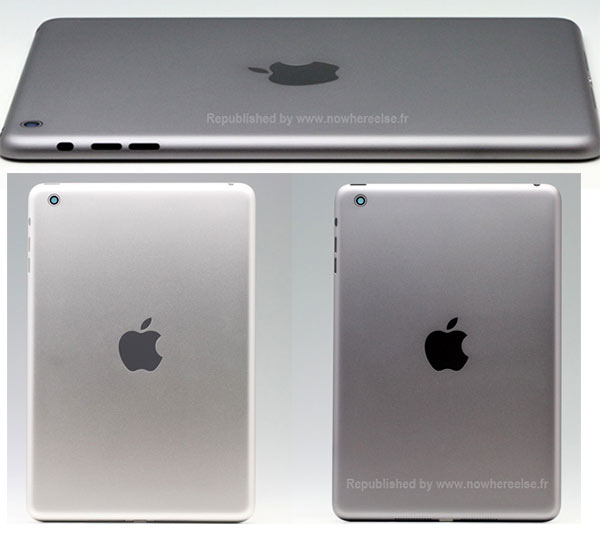 The iPad Mini 2 Space Gray surfaces the web today thanks to Nowhereelse. Here it is compared to the usual silver version.

Just like last year, Apple is expected to unveil its next-generation of iPad one month after introducing its new iPhone. That is to say, early October. This year’s overall design of the 5th generation iPad is expected to borrow the iPad Mini’s shape with this non-convex back and a record thin frame.

Early October, with the iPad 5, we should see also what will be the second generation of iPad Mini that we hope will get a Retina screen, but nothing is certain. In any case, like the iPhone 5S Space Gray, the iPad Mini in this charcoal gray color is quite pretty, isn’t it ?