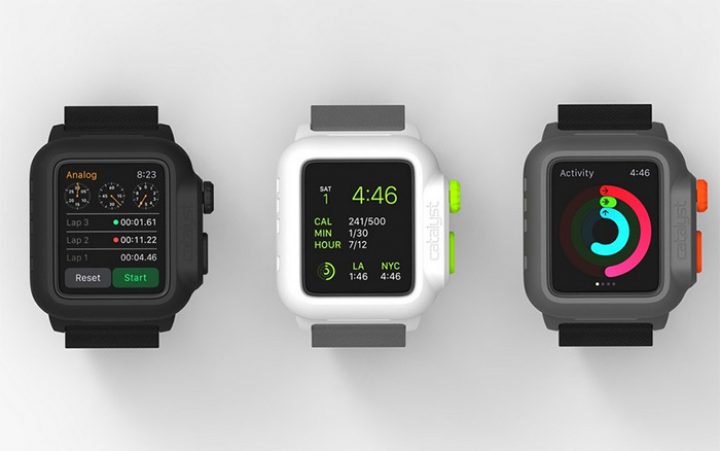 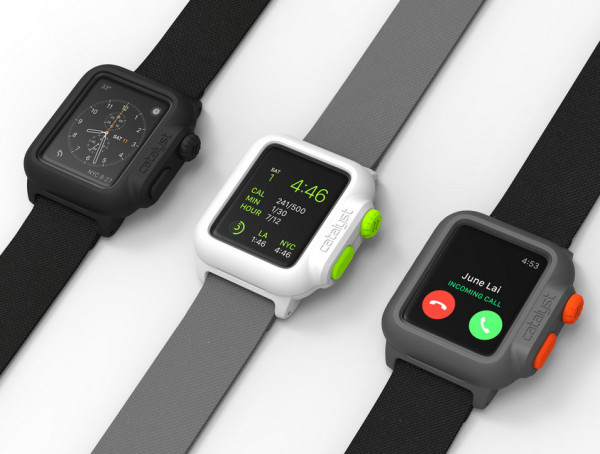 The Catalyst Rugged military grade Apple Watch case is available in three colors, but only for the 42mm model Apple Watch

This Apple Watch armor protects the integrity of your Apple Watch while giving you access to its user interface with a replicate digital crown and side button. This is going to be useful because without this, you would not be able to do anything at all. Catalyst doesn’t say though if the screen remains a sensitive touch screen and if we keep the Force Touch features.

The Apple Watch Catalyst case is available in white, black and grey with a little color touch. That’s a nice design. They are delivered with a 24mm wide nylon strapband and till now, Catalyst has only announced a case for the 42mm Apple Watch. I believe that according to this brand, the feminine audience of the 38mm Apple will not need such an adventure friendly case for its Apple Watch…

Catalyst opens preorders on their website for the Apple Watch rugged case which is sold USD 59.99. They will start shipping in November 2015.