Eora 2D laser scanner uses a laser beam, a revolving plate and the iPhone's camera to get 3D scans of real life objects for only $199. 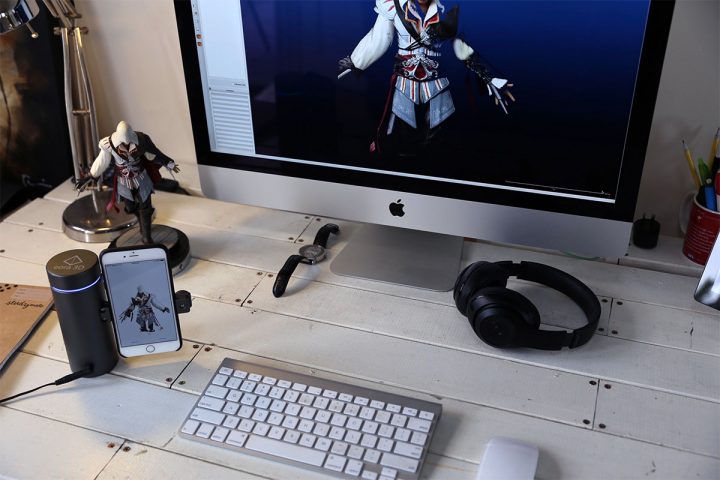 When it comes to 3D scanning real life objects, the average solutions are very pricy. You have to give up about USD 20,000 in order to get an entry level 3D scanner for small objects and this is what has motivated this startup called Eora 3D to work on the development of a cheaper 3D scanning system. They came up with an interesting solution that uses a laser beam and an iPhone to get the 3 Dimension scan of objects.

Eora 3D Laser Scanner is a smart solution, but above all, it’s a budget friendly solution. The Eora Scanner should be launched at a mere USD 199 which has nothing to do with the USD 20,000 of the existing solutions on the market. Eora 3D scanning solution uses an iPhone and a laser beam.

The 3D scanning process is the following:

You’re done for less that USD 200 and a smartphone. Cheap, simple and straightforward. 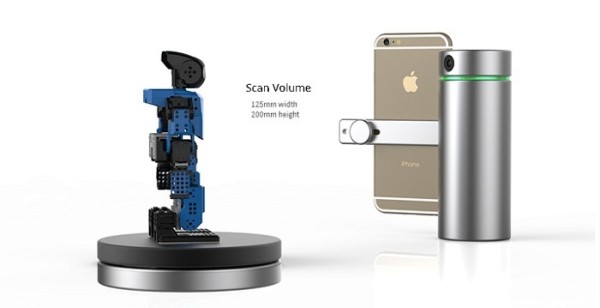 Eora 3D scanning system uses a laser beam, a revolving plate and a smartphone like an iPhone.

The revolving plate is linked to the other piece of the system thanks to a Bluetooth connection.

The Eora 3D Laser Scanner is compatible with the following iPhone references :

Eora 3D say they want to get their solution also compatible with Android and Windows Phone devices.

As is, the Eora 3D laser scanner may 3D scan relatively small objects of max. 20cm (7.9″) in height, but you can also attach the device on a tripod to be able to scan much larger objects.

The team at Eora 3D say that the technical development of their 3D scanning solution is ready and they are seeking industrial partners for their production process. A crowd funding campaign should be launched this fall in September and we can’t wait to hear more about this interesting project which will bring 3D scanning to mostly everybody with the iPhone.