This is where the Kinkoo 40 Watts 6-ports High Speed USB charger comes in handy because as its name tends to suggest, it offers 6 USB charging slots. 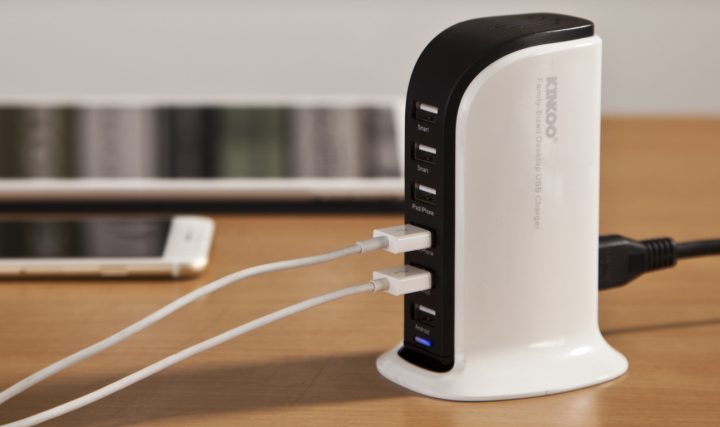 If you are like us at home and that you own one, two or three iPhones with a couple of iPads on the side, and may be even an Android smartphone for work, then, you’ve got a lot of hardware to recharge almost daily. This is where the Kinkoo 40 Watts 6-ports High Speed USB charger comes in handy because as its name tends to suggest, it offers 6 USB charging slots.

This Kinkoo charger uses high-speed USB charging thanks to 5 Volts output. According to the manufacturer, this could lead to faster charging cycles up to 85% faster than a conventional charger. This charger is smart because it detects a kind of hardware which is being plugged to its slots in order to adapt the electrical power accordingly. Quite versatile, it can both recharge iOS devices like iPhone, iPad and iPod Touch, as well as Android smartphones and tablets. 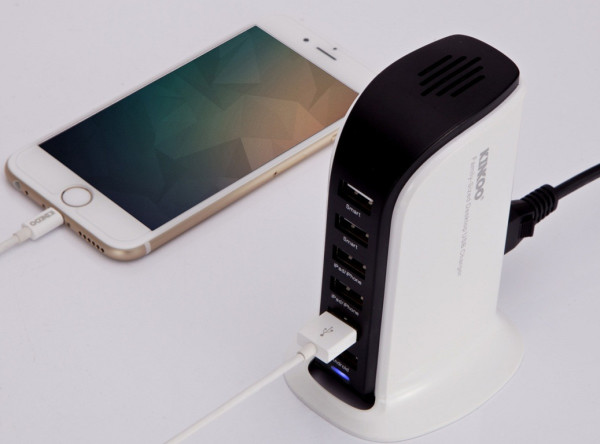 Kinkoo recharges your iDevices up to 85% faster than an usual charger.

If you are travelling, you will appreciate Kinkoo 40 Watts 6-ports High Speed works both in American, Japanese and European standards. You can fit it with 100 to 240 Volts and a blue LED gives you an indication that it is being plugged to the electrical current.

The Kinkoo 40 Watts 6-ports High-Speed charger is available on Kinkoo website at the price of USD 39.90.