Microsoft Photosynth will not evolve and has been withdrawn from the AppStore. But we now have Google Photo Sphere ! 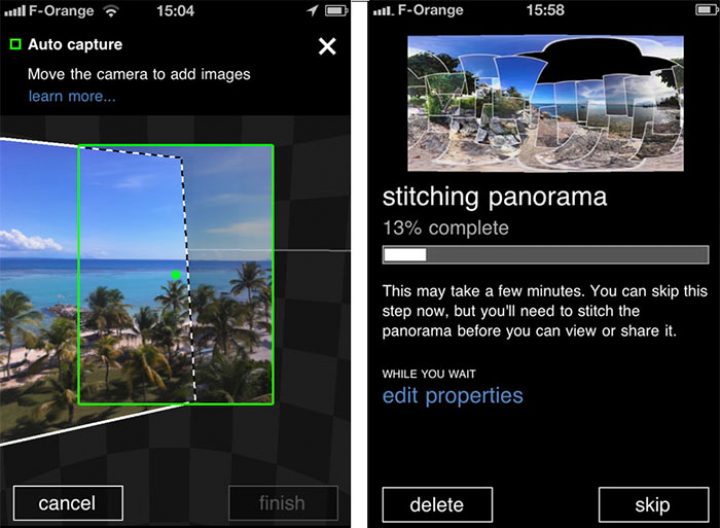 Microsoft has decided to shut down quite a lot of various services and thematic websites or applications. If you will certainly not miss a few lifestyle oriented apps, you might regret the collateral damage made to Photosynth. Actually, Microsoft Photosynth has been withdrawn from the App Store and will no longer be supported by Microsoft. This means that the 360° panorama photo camera app on your iPhone will be working with the current iOS 8, probably with iOS 9, but will not evolve in the future and will undoubtedly bug at some point as iOS gets further.

Photosynth from Microsoft is, or actually was a killer panoramic camera app that worked in semi-automatic mode and that has been launched in 2011. What surprised me back then when I first tried it, when I reviewed it, is that the camera of the iPhone was triggering automatically depending when you were moving the iPhone throughout the sphere around you to pan the horizon and the entire sphere around you. The stitching was not perfect but this was quite impressive. Anyway, this is it for Photosynth for iPhone which is now over.

If you already have downloaded Photosynth on your iPhone, you will still be able to use it anyway. If you have some panoramic images on your iPhone, may be uploading them to the Photosynth.net sharing platform with web viewer wouldn’t be a bad idea. This could be the best way for you to back up your Photosynth panoramas just in case something goes wrong with the iOS app in the future. And it definitely will…

You may love panoramic images or simply need it in your everyday job if you are an architect or any other profession that would benefit from getting a nice picture of the entire environment in which you can navigate. If that’s your case, maybe you should take a look at Google Photo Sphere that does what Photosynth was doing till now.