A touchpad for the remote control of the Apple TV 2015

According to the New York Times, the new Apple TV set a box would gain a new remote control, slightly thicker than the current one, but for a good cause. Indeed, next generation Apple TV remote control should offer a touchpad. 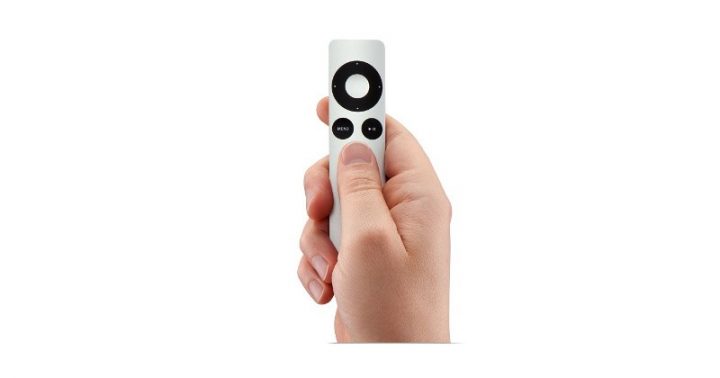 Finally, it looks like we will get a refresh of the Apple TV announced for next summer, probably during the WWDC 2015. According to the New York Times, the new Apple TV set-top box would gain a new remote control, slightly thicker than the current one, but for a good cause. Indeed, next generation Apple TV remote control should offer a touchpad.

The New York Times relies on confidential internal sources to Apple from an Apple employee who wishes to remain anonymous, as you understand, to assert that 2015 Apple TV box will get a new thicker remote control, probably around the size and form factor of the one that equips the Amazon Echo, Amazon’s wireless speaker. The reason behind a thicker remote control is the presence of a touchpad and that really turns me on. Yes, a touchpad on Apple TV 2015 remote control is a very good sign for a lot of new functions and services.

Since its launch, the Apple TV has been nothing than a deception for many Apple fans. Apple can do much more than the Apple TV on the TV sector and we all know that. A touchpad on 2015 Apple TV would change its philosophy and I would bet that we could be able to browse the web with a touchpad, and there are very little doubt that Apple will launch an App Store for the Apple TV. Of course that this pure conjunction, but I am pretty confident that we will see in a very near future an Apple TV App Store with the possibility to customize the content and the Apps that you want to run on your Apple TV.

Aside from that, we all know that Apple has been working hard with the major networks and VOD services to bring more content to its Apple TV. So, let’s wait till the WWDC 2015 when there are great chances that the new 2015 Apple TV will be unveiled.

Till then let’s wait and see…