Tumblr for iOS 4.0: a load of new features and blog creation from within the app

The add-free blogging plateform Tumblr iOS app has just been updated in its version 4.0. This update brings Tumblr for iOS a full loads of new features among which the most impressive one is the ability to actually create a Tumblr blog directly from within the app. 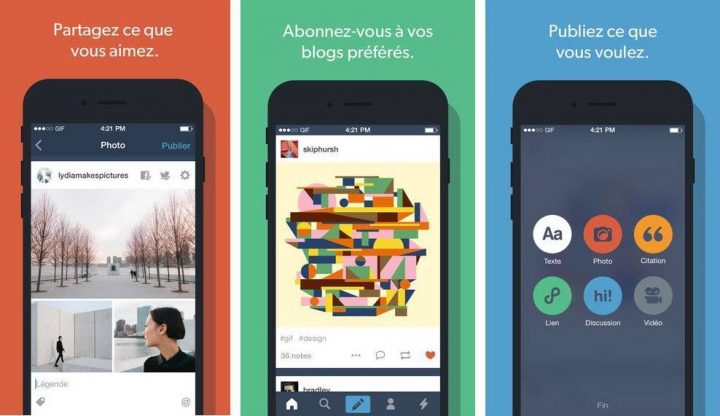 The add-free blogging plateform Tumblr iOS app has just been updated in its version 4.0. This update brings Tumblr for iOS a full load of new features among which the most impressive one is the ability to actually create a Tumblr blog directly from within the app.

So, with Tumblr for iOS version 4.0.1, users now directly create a new blog from their iPhone or iPad, directly within the Tumblr iOS app. You then no longer need to go through your web browser to create a Tumblr blog. If you can create a blog from your app, you can also delete an entire blog the same way, from Tumblr for iOS.

For the biggest satisfaction a lot of users who wanted this features very hard, Tumblr for iOS now lets you publish videos. To do so, you just need to create a blog post and insert (copy/paste) the web URL of the video you want to add to your posts. It can be a YouTube, a Vimeo, a Dailymotion video and so on. This is all what it takes to make a video post on Tumblr for iOS from now on.

Tumblr for iOS 4.0 has also been gifted with a widget which use is to allow the consultation of tags, the most used ones and the most loved ones, without having to launch the application. These tags will be displayed directly on the notification center of your iPhone or iPad and can be seen from the lockscreen of your iDevice.

But there is more to Tumblr iOS version 4, as the search function has been improved with the integration of filters. We can make a very narrow or targeted search like displaying only the search results for photos only or discussions only etc.

Tumblr says the opportunity of this important update of its application for iOS to also allow users to submit blog post when the blog authorizes it to improve the avatar’s visibility, to tweak the application design on the iPad for a better user experience and to improve the loading of GIFs.

So this V4.0 is a huge uptade for Tumblr for iOS in version 4, for the blogging platform which is now rich of not less than 230 million blogs and 108 billion blog posts to date.