Apple Pay for Canadian customers as soon as November 2015

Apple Pay, in Canada as early as November 2015. If that would turn true, Canada would be the first country outside the USA to lead iPhone 6 and iPhone 6 Plus owners pay through Apple Pay before next year. 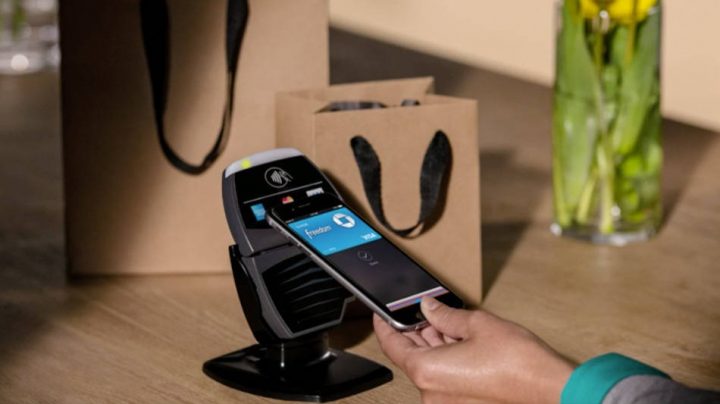 It looks like Apple is currently working on launching its payment system, Apple Pay, in Canada as early as November 2015. If that would turn true, Canada would be the first country outside the USA to lead iPhone 6 and iPhone 6 Plus owners pay through Apple Pay before next year.

So, if you are among our Canadian readers and that you own an iPhone 6 or an iPhone 6 Plus, you have already been waiting almost a year to be able to pay thanks to the convenient Apple Pay system. But it looks like you will soon be able to as, according to an information published by the Wall Street Journal: Apple would be working with 6 of the greatest Canadian banks to launch its payment in Canada.

Still according to the Wall Street Journal, agreements or at least discussions would be held with the following banks:

So, that means that if Apple can sign agreements with these 6 partner banks, Apple Pay will then be available for at least 90% of bank account owners in Canada. This very wide public coverage as soon as the launch of Apple Pay in Canada would certainly allow Apple to rapidly get its Apple Pay system used by most of the iPhone 6 and iPhone 6 Plus owners of the country.

Till now, Apple Pay has only been launched to the US. In the country, Apple Pay works with not less than 2500 banks and is accepted by 700 000 shops all around the USA. The extension of Apple Pay outside the USA boundaries, starting with Canada, then most certainly some European countries, should be achieved within 2016. But the complexity of the system due to the number of banking partners that have to sign agreement with Apple makes it a very slow process for Cupertino.