Today, Redmond announces the yet to come unveiling of this keyboard in a foldable and MFi version. 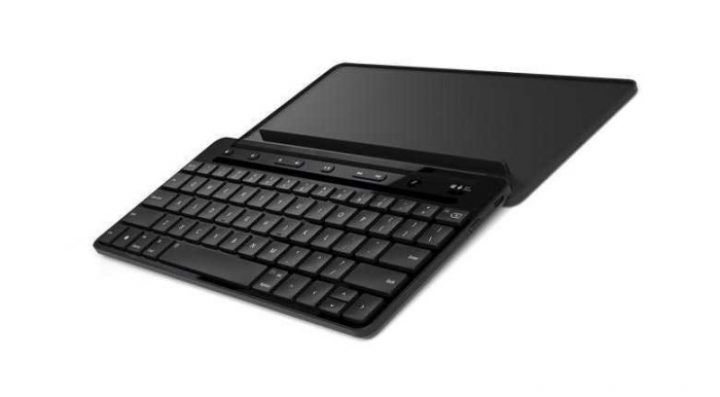 A few months ago, Microsoft had already launched its universal MFi mobile Bluetooth keyboard which is compatible with all sort of nomad hardware like smartphones and tablets for iOS, Windows Phone, and Android. Today, Redmond announces this keyboard in a foldable and MFi version. 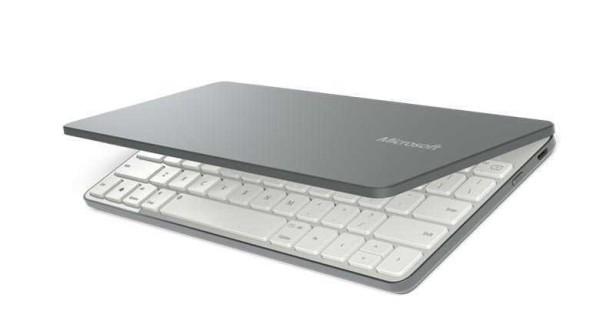 Just like its predecessor which is not foldable, this new mobile keyboard is universal and complies with Apple’s MFi standard and certification (made for iOS). It can work on iPad, an iPhone, or an iPod touch. It has a little switch which allows to switch form one operating system to another if you use both iOS, Android or even Windows Phone devices with the same keyboard. That is convenient because you really have to need just one single keyboard for all your devices. This new Microsoft wireless foldable keyboard has got a Command key which is usually reserved for Mac keyboard. The command key is at its usual location just next to the space bar. A Home button duplicates the home button of your iPhone or iPad on the keyboard.

This new keyboard is literally foldable. This means that you can fold it in two so that it really doesn’t take a lot of space and you can have it with you all the time. It also allows to skip the protection cover because you don’t need it as it is foldable and the keys are protected as they are inside the clamshell. You just have to fold it to protect it. Easy and convenient! To use it, as easy as convienient as well, you just have to unfold it so that it automatically switches on. The connexion between the keyboard and you mobile device is always operated by bluetooth. To switch it off, just fold it and it will switch itself off. 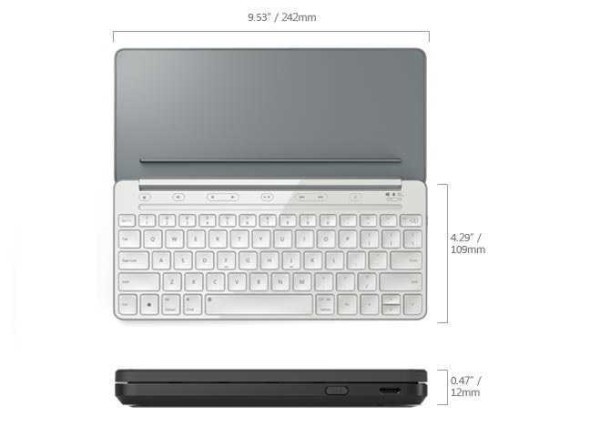 Compact, the new Microsoft foldable Bluetooth keyboard MFi weights only 365g. Its built-in battery would allow the keyboard according to Microsoft to ensure 6 months of use. A single charge of only 10 minutes would allow 8 hours of use.