A few days before it comes on the market, the new iPad Air landed in CNET reviewers hands. 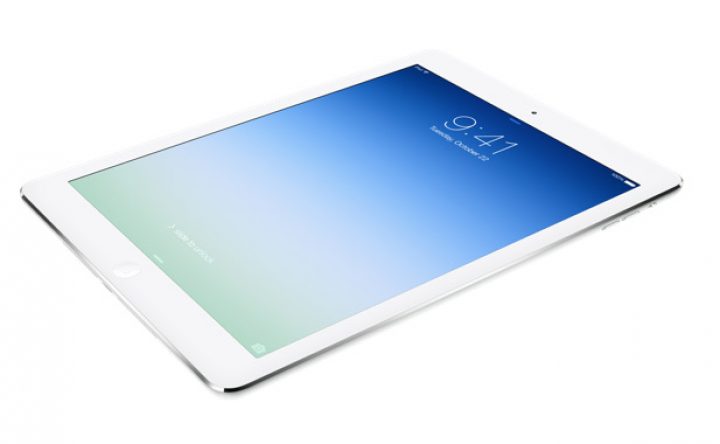 A few days before it comes on the market, the new iPad Air landed in CNET reviewers hands.

CNET noted the increased performance of Apple’s 9.7″  tablet compared to the previous version which was not the weakest neither, a performance increase which does not come at the expense of the iPad Air’s battery life which is comparable to the ipad 4, so pretty comfortable. CNET iPad Air focuses on the small size of the iPad Air and its surprising lightness. In terms of pros raised by the Air iPad during its review at CNET : the front FaceTime camera provides better image quality. Also, according to CNET, the Retina display has been somehow improved on the iPad Air and offers a more pleasing image.

Touch ID, the fingerprint sensor which appeared on the iPhone 5S is absent on the iPad Air, despite the rumors that were kind of asserting the integration in the new generation of Apple’s tablets. CNET, as many observers including myself, deeply regret Apple has not implemented Touch ID on the iPad Air. So you still need to enter your password every time you unlock the screen of your iPad or when you make purchases on the iTunes Store. CNET review points out that Apple should have placed one of the speakers on the top of the iPad Air to get a proper stereo sound when watching a movie, tablet tilted in landscape orientation. If the iPad Air is a performance freak packed into an ultra compact and lightweight casing, the 499 dollars for the 16GB version price makes the iPad Air an expensive tablet compared to the competition.

iPad Air : not revolutionary, but the best for CNET

The iPad Air renews the iPad 4 with a brand new design and increased compactness. But ultimately what changes in this new generation? Well not so much, because if the tablet is about twice as powerful as the iPad 4, the improvements brought by this new generation are limited to the performance increase, better image quality of the video for those who use video calls or to a slightly better looking Retina display.
It sounds thin, but CNET’s Apple iPad Air review concludes that the iPad Air is simply the best full- size large tablet on the market.

Competition ? Which competition ? Well, as CNET writes : the main danger for the iPad Air comes from the inside with the availability of the iPad mini Retina within a few days.