Leaked images of a new MOGA gamepad for iPhone

Here are leaked images of a new video game adapter for the iPhone 5/5S/5C . This is again @Evleaks which publishes these pictures on its Twitter account showing a really promising gamepad for iPhone, cooked for us by MOGA. This new iPhone gamepad images show :

With the release of iOS 7, we should see a whole new generation of iPhone Gamepads emerging. iOS 7 provides the possibility for developers to use the controls of external video game controllers which will bring them a whole new range of commands available to use in their video games for iPhone and iPad in addition to the usual way of controlling the games via the touchscreen or the tilt and movement of the iDevice. The potential of this new generation of video games that would benefit from the new gamepads for iPhone is really exciting. 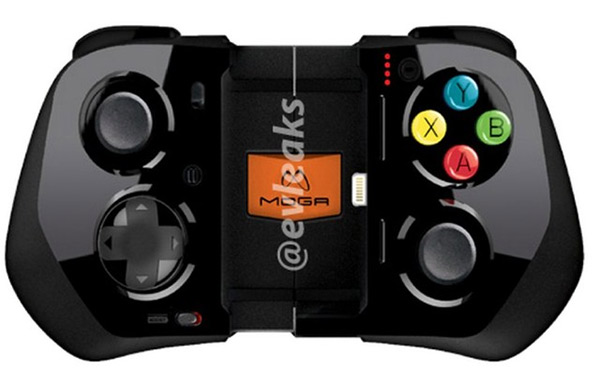 The MOGA gamepad leaked here  would join the Logitech Gamepad whose photos had also leaked onto the web last month also at Evleak’s.