The first curved screen smartphone is not the iPhone 6 : meet the Samsung Galaxy Round

It’s been about two years since we began hearing about the arrival of smartphones with curved screens, or even flexible ones. One could have thought that Apple would be the one to inaugurate this technology… But they won’t, today Samsung unveils its curved screen Galaxy Round after a leak on Twitter a few days ago . This smartphone has a curved screen panel 5.7″ like the Galaxy Note 3 (well, the Round is a curved screen declination of the Note 3 actually). Its user interface is enhanced with motion sensors which, when the smartphone is rolled, while laying on the back, it switches the screen on and displays some information such as the time or certain notifications, for example. Obviously, third-party developers should find new ways to use the roll-effect of the Galaxy Round. 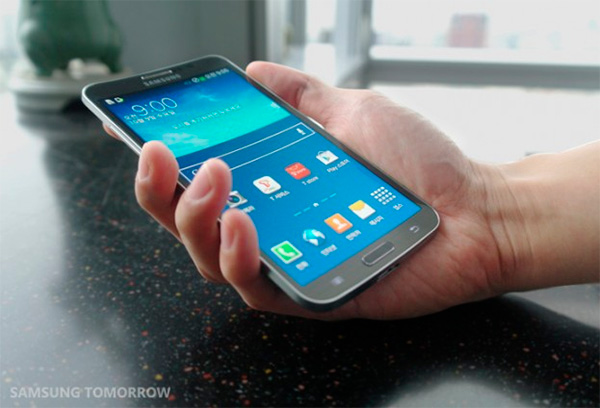 The Galaxy Round has a leather coating on its back side, as it’s bound to be placed on it and rotate creating what Samsung calls ” Roll Effect” 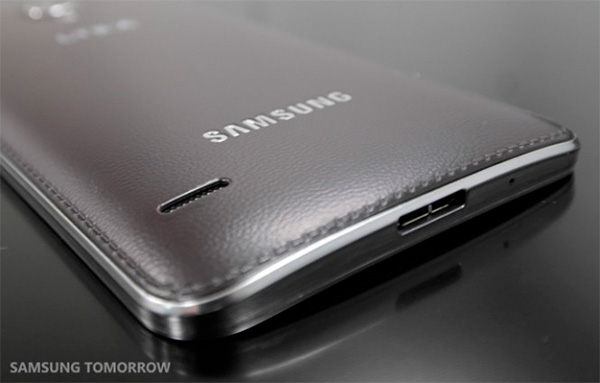 The Galaxy Round has a leather coating on its back side, as it’s bound to be placed on it and rotate creating what Samsung calls ” Roll Effect”

The Galaxy Round’s camera has 13-megapixel sensor and the curved screen smartphone is equipped with a quad-core 2.3 GHz processor supported by 3GB of RAM. The Galaxy round currently runs Android 4.3 operating system and will be initially launched in South Korea .

Featuring a large 5.7 “screen , the Galaxy Round can be hold in the hand, the curved screen changes the user experience.

It does not take more to get the rumors mill on again about the iPhone 6, which increased screen size is expected, and some will be quick to imagine that it will have a curved screen …

Galaxy Round in action with the roll-effect in video :