Volkswagen, the iPad and Augmented Reality 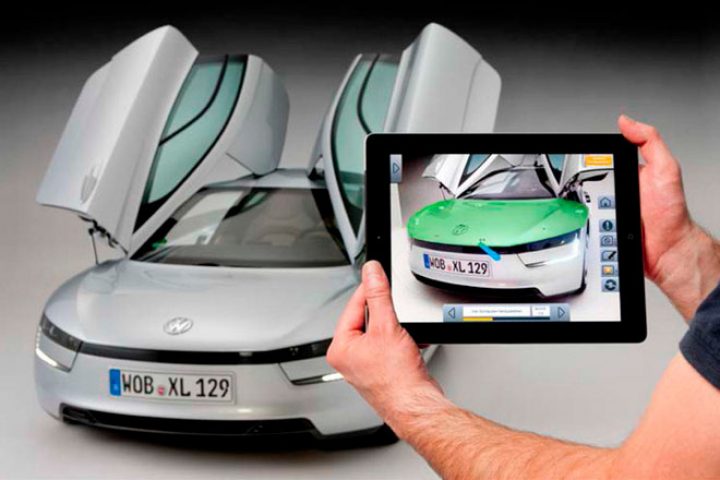 Over the past 20 years, the working methods of auto technicians were literally revolutionized by electronic diagnosis, but progress is underway and another revolution could come lend a hand. This Volkswagen trial app, which has been demonstrated at the InsideAR conference dedicated to augmented reality, could be generalized in our garages of different automakers. The application that runs on iPad, was developed by an expert in augmented reality, the company Metaio GmbH, from… Bavaria the land of BMW. It brings automobile technicians an interactive guide and access to a knowledge base with technical resources linked to the reality they se. For now, the test is made ??only on Volkswagen XL1 concept car, but one can easily imagine the application arriving in our city dealers .

In this demo video featuring Dr. Werner Schreiber himself. He is no less than the big boss of the research department of the entire Volkswagen group. Here’s the video :

Apple also looks closely at the automotive industry and encourages manufacturers to develop compatible systems with Siri. Siri and iOS in the car ?