Sidefari for iOS : have two Safari windows on your iPad Screen

what if you want to have a couple of Safari windows opened at the same time on your iPad? iOS 9 doesn't let you do that, and this is why the developers came with Sidefari for iOS. 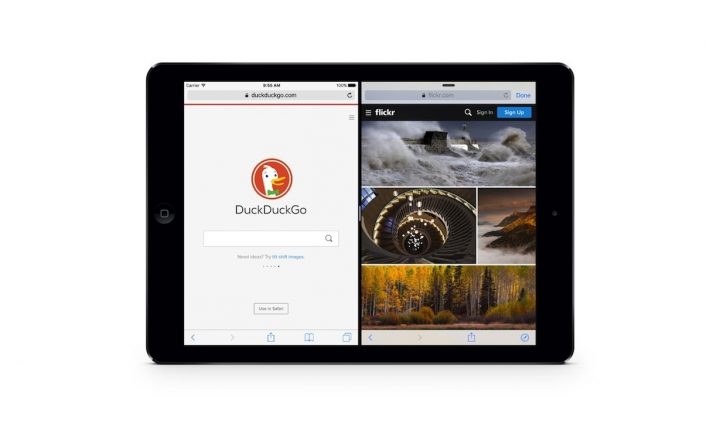 With iOS 9, multitasking on iPad has made a major progress ahead. That is especially true with the split screen feature with which you can display two windows on your iPad screen. The only down fall of this multitasking functionality is that you cannot display two windows or two tabs of the same app on your iPad and that you have to switch between two different applications instead. But what if you want to have a couple of Safari windows opened at the same time on your iPad? Well, iOS 9 currently does not let you do that, and this is why these developers came with Sidefari for iOS.

The only purpose of Sidefari for iOS is to open a webpage in another Safari emulated window next to the real Safari window. How does it work? Well that is pretty straightforward: once you are in Safari on your iPad, you click on a link and share a link or a page choosing the option for Sidefari which you have previously installed of course. From there, Sidefari will open in another window in multitasking form and you can easily resize each window thanks to the basic iOS 9 split screen function. Sidefari is fully compatible with the autofill function of Safari for iOS 9, but as stated by idownloadblog in the review video of Sidefari, the app doesn’t allow you to type in a URL in the address bar of the Safari web browser. For that, you still have to use Safari along with another browser like Chrome for iOS or the newly released Firefox for iOS. I am pretty confident that this limitation of Sidefari will be overcame by its developers in a very near future.

Safari is available on the App Store at the price of USD 0.99.

Sidefari will work with all split screen compatible iPad which means the iPad Mini 4, iPad Air 2 and of course the iPad Pro for which we could think Safari has been tailor-made to take advantage of the huge screen real estate.