How not to be jealous of this new feature coming only for Android 5 users: Snapseed may now edit RAW photos recorded in DNG.

How not to be jealous of this new feature coming only for Android users: Snapseed, this wonderful photo editing app originally developed by Nik Software and bought by Google may now edit RAW DNG files.

Since the arrival of Android 5.0, the little bot operating system allows smartphones to record Raw images. The editing freedom offered by Raw format vs jpeg files which are already compressed is very precious to photographers. Myself, for my personal photography workflow, I couldn’t do without Raw on my Nikon DSLR. I often dream of being able to take Raw images on my iPhone, but his neat feature does not seem to be in Apple’s plans and I doubt that Apple would one day consider it. Having to develop, edit and tweak a photo from the iPhone’s camera is not exactly in Apple smart and simple user experience motto.

Yet, I have to say that I am very jealous at Android users being able to shoot Raw photos on their smartphones and later edit them with Snapseed 2.1 for Android which came with this interesting feature for passionate mobile photographers.

To give you an of what to expect in terms of gradient quality, exposure headroom and smoothness when retouching Raw photos vs jpeg files, here are two comparison images: 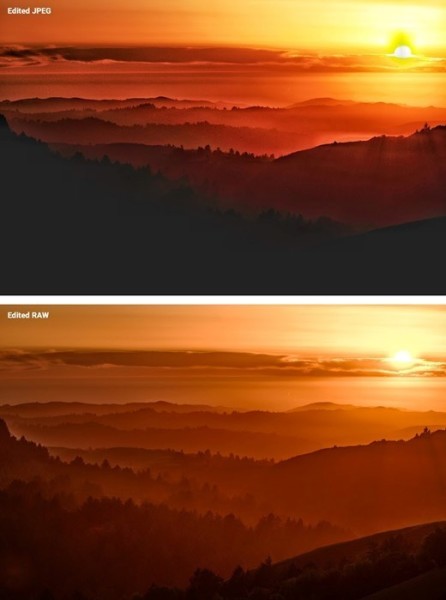 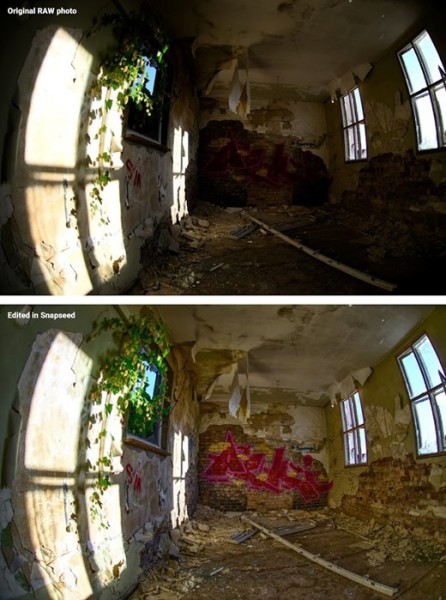