Can we use 3D Touch on the iPhone 6S as a home scale?

The 3D Touch pressure sensitive screen of the iPhone 6S and iPhone 6S Plus being used as a scale to weigh small objects. Is that a myth ? Here is the answer in the video. 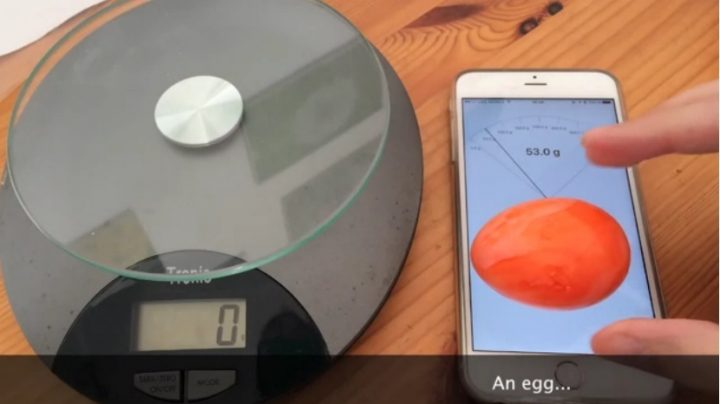 The 3D Touch pressure sensitive screen technology which appeared on the iPhone 6S and iPhone 6S Plus gives to developers the information on the pressure put on the screen by the user. If we take this and use it for another purpose, talented and ingenious developers may come with interesting new applications that nobody would never have thought of.

So can we use this pressure information to use 3D Touch on the iPhone 6S as a scale to weight some small object? Here is the answer in this YouTube video:

So of course, as 3D Touch technology measures the force with which you push on the screen, if you lay the iPhone 6S on flat surface and put a small object on its screen, the object mass will have its own effect on the flexible glass screen and the iPhone 6S 3D Touch system will detect and measure this pressure. Converted into Newtons, this pressure can give the weight of the object. It works!

This video is funnier than anything else but shows that developers will certainly come with a handful of new uses for 3D Touch technology. I can’t wait to discover them.