The Beats Pill+ is the new Bluetooth speaker with a revised design by Apple teams and an improved connectivity with a Lightning connector. 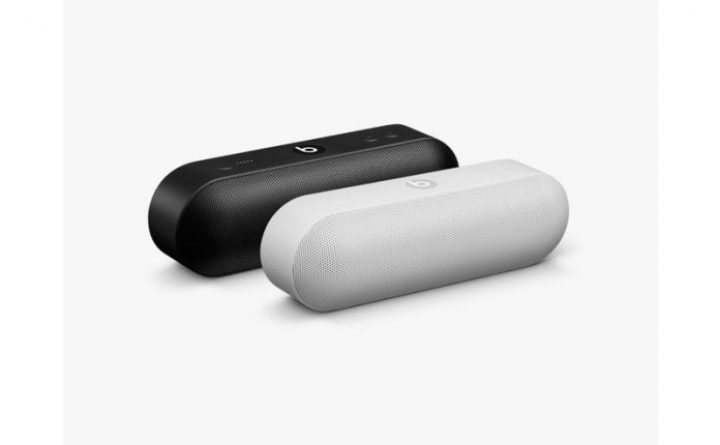 Apple today unveiled the first Beats Audio product to be launched since Cupertino acquired the audio products brand. The Beats Pill+ is the new model in the Pill range. It replaces the Pill and is slightly larger than the later one, being a compromise between the previous existing models which were the Pill and the Pill XL.

Apple designers have gone through the rounded shapes of the Pill and the Pill+ has been redesigned with flat surfaces up and down so that it gains in stability when you put it on the table for instance. They also have relocated the volume and on/off buttons from the rear to the upper side which is easyer to access on the Pill+. 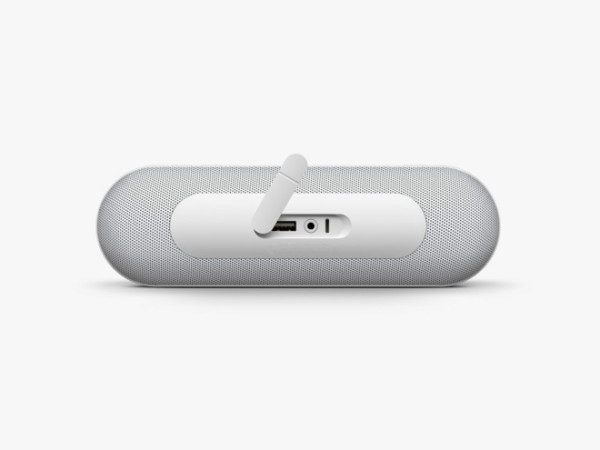 The Beats Pill+ offers a powerful sound with heavy low frequencies and high frequencies thanks to two tweeters located on the sides of the speaker, and complemented by two woofers in the center.

You can connect two Beats Pill+ speakers together, still wirelessly through Bluetooth, in order to either use in a stereo configuration or to sonorize multiple rooms which can be very neat when you want to organize a party in your home and have people in your living room but also want to have ambiance and music in your kitchen.

Pill+ connection as seen by Apple

On the rear of the Beat+ wireless speaker, we now find Apple famous Lightning connector with which you will connect the speaker to your computer or a wall electrical inlet. It will recharge the battery of the speaker in 3 hours for a full charge. There is an LED gauge on the upper side of the speaker which indicates the amount of remaining power in the built-in battery. If the Beats Pill+ is clearly aimed at being used wirelessly through its Bluetooth connection with an iPhone, an iPad or a computer, you will also be able to use it with the 3.5 mm audio jack or the USB connector. The later one allows to recharge the battery of the devices that you will plug to the USB. 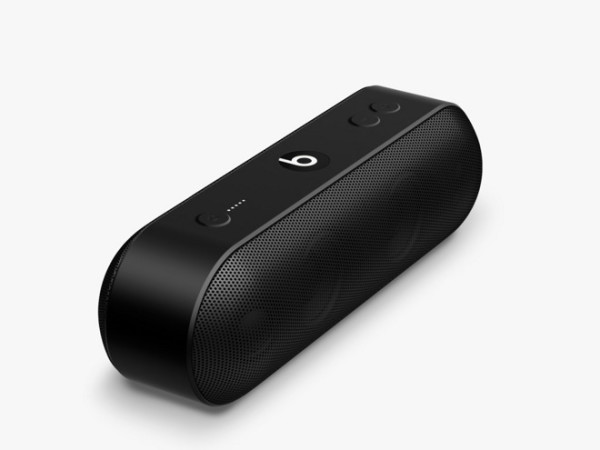 The built-in battery of the speaker offers 12 hours of use with a single charge according to Beats.

Prices and availability of the Beats Pill+ wireless speaker

This even nicer and more attractive Bluetooth Beat Pill+ speaker as revised by Apple will be available starting in November 2015. Its selling price is USD 229.95.

Clearly, with the nice bases thrown by Beats those past 5 years, Apple designing team and technical engineers can really do great products, consumer products, that will definetly meet a tremendous success for Christmas. The Beats Pill+ success makes absolutely no doubt.