Shot: virtual reality for iPhone 6 and iPhone 6S made easy 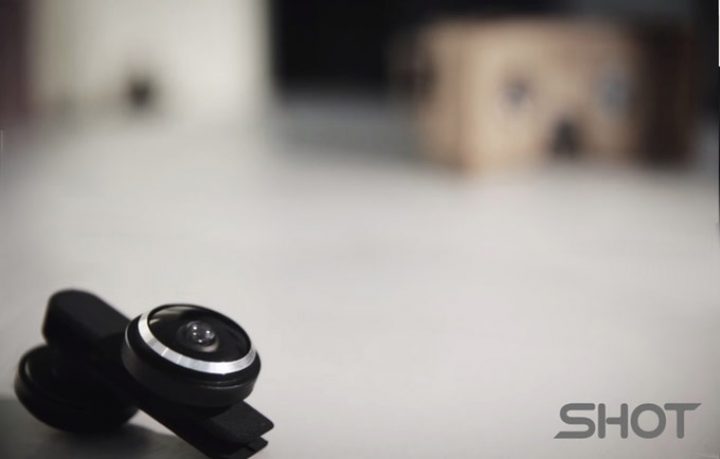 Today, let me introduce you to Shot, a simple and easy way to capture, explore and share virtual reality scenes with your iPhone 6 or iPhone 6S.

Launched by a team of Spanish smart guys on Kickstater, the Shot projet aims at making a virtual reality for iPhone easy and simple as never before.

Shot for iPhone is composed of two main pieces:

Just like you would do it with an Olloclip lens on your iPhone, the Shot lens system is made of an adaptor and two fish-eye lenses. Thanks to these very wide angle lenses, you can capture 360° photos with your iPhone 6, through the dedicated application which triggers both cameras of the iPhone at the same time. For videos, the hardware of the iPhone 6 is limited to using only one camera, the FaceTime camera in our case, and therefore, the Shot application can record immersive 235° videos. 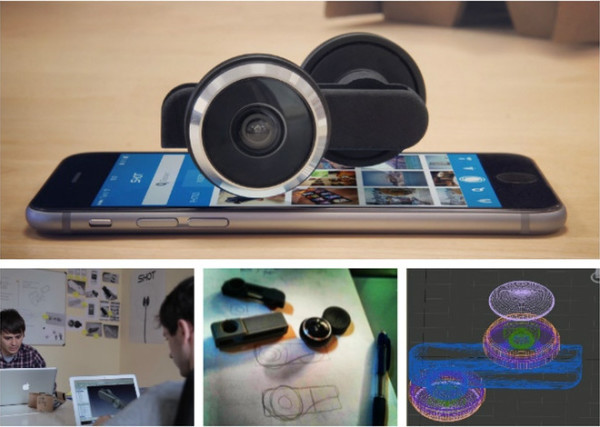 The Shot for iPhone 6 system is a double optical add-ons for photos and videos capturing through this iOS app for sharing VR scenes, the easy way.

Shot for iOS: an app to explore and share VR scenes

You may back the project on Kickstarter for price of USD 55. For this amount, when the Shot system will ship in April 2016, you will receive the double lens system with a Cardboard VR mask and the application of course. The financial goal has been set at an ambitious $100,000  for this and I hope that it will be reached soon enough to ensure a proper launch of this smart and interesting system that will definitely make it easier than ever before to create, explore and share VR photos and videos of our surroundings with our friends.

Here is a short video that illustrates how the Shot VR system works: