While the Android version of Google Keep note taking app has been available for over two years, it just made its way to the App Store for iPhone, iPad, and iPod touch.

Google Keep for iOS inherits from the now famous Google material design. It is compatible with all iPhone, iPod touch and iPad that run iOS 8 or iOS 9. Keep for iOS offers the traditional note taking functions with more unconventional and advanced features. The user interface is quite sleek with round icons. Of course, one of the main advantage of using Keep for iOS for your notes is that it is fully integrated into Google’s products, other services and synchronization system.

The notes that you create in Keep for iOS can be synchronized with your other devices, iOS devices, but also Android smartphones and tablets. You can even access your notes on your web browser thanks to the Keep web app, or if you are a Chrome user, install the Keep app for Chrome. 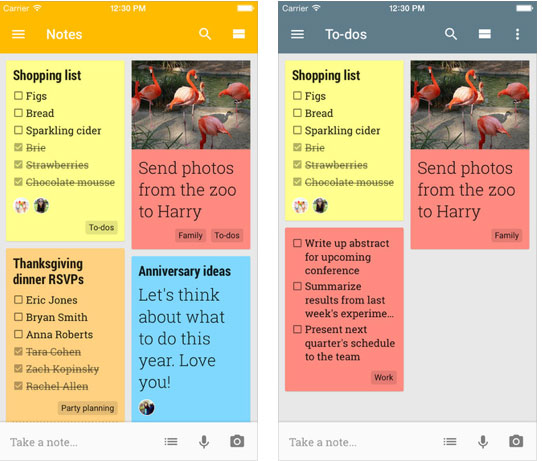 Keep for iOS uses the Material Design of Google environment 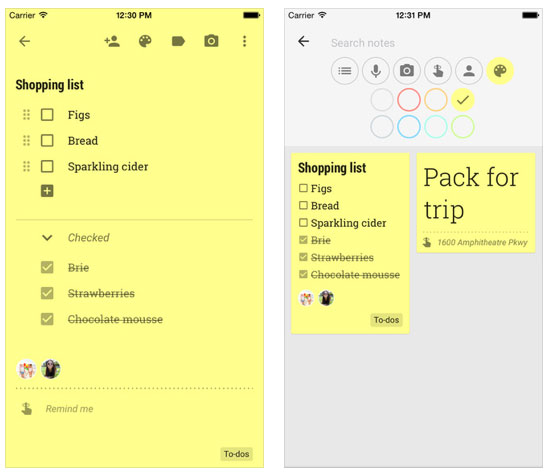 Keep for iOS can also come in handy to create bullet lists that you can check. This is the best choice for your shopping list or grocery list. You can access your iPhone camera roll to add an image to a note or take a picture triggering the iPhone’s camera directly from the Keep for iOS application.

One of the most fun features of Keep for iOS is the dictation function. It lets you dictate a voice memo. But not only that, it can also transcript it for you. Google Keep will turn your voice memos into text notes automatically if you need to.

Availability and compatibility of Google Keep for iOS

Google Keep for iOS is available on the App Store free of charge. It works with all iPhone, iPod Touch and iPad running iOS 8 or iOS 9.

Google Keep for iOS finally makes its way to the App Store and the iOS world. I don’t know why it took Google so long to turn the Android app into its iOS counterpart, but what I know is that it comes a little bit too late as with iOS 9, Apple’s note taking app has been widely revamped offering a much greater user interface and feature spectrum that could even compete with Evernote for most users. If you are a heavy Google products user, you may consider testing Keep for iOS.